Note from Laura: This week, the Seattle City Council passed a hastily organized Domestic Workers’ Bill of Rights. Despite the best efforts of nannies, the language in the bill is muddled, and may be interpreted in a way that runs counter to industry standards and established law. More specifically, parts of this bill leave nannies open to being misclassified as independent contracts or salaried employees. This bill could NEGATIVELY impact families that employ nannies or other household employees.

Please take a moment to read the below message written by nannies and join me in signing their petition to Seattle Mayor Jenny Durkan calling on her to hear the collective voice of nannies across Seattle. You will find the link to the petition at the end of this post. Thank you in advance! 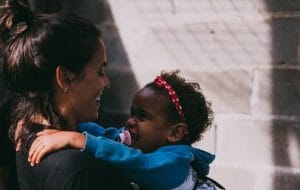 As you may have seen in the news, the Seattle City Council unanimously passed the Domestic Workers’ Bill of Rights. This bill, and the laws that it just enacted, seek equal rights for domestic workers such as home caregivers, house cleaners, and nannies.

Specifically, the Domestic Workers’ Bill of Rights will:

We are experienced and more importantly, committed nannies. While the effort to expand the rights of workers in often-marginalized industries is commendable, the final content and text of the legislation does not adequately accomplish this goal.

We are left feeling ignored and confused by the actions of the Seattle City Council.

For the past year many of us, as well as house managers, household assistants and dozens of other Seattle domestic workers have met with bill sponsors and organizers to not only support this cause, but to educate about our field of work.

What our branch of domestic workers is objecting to is the lack of effort from those who created this bill to fully understand our needs, industry standards, and the families who employ us.

The bill was quickly brought to a vote with muddled language that creates an unclear path for nannies, placement agencies, and families. The majority of these supposed gains are already law which furthers confusion around the bill. The main addition is the creation of a standards board.

To us, the creation of the standards board seems to be the most politically charged aspect of this bill as we have knowledge that seats for the board have already been selected and only 2 of the 13 seats have been left open for domestic workers.

These seats will be chosen by organizations and interest groups that lobbied for the ordinance. While many of us worked with these entities to ensure a clear path was established for nannies and household managers, we are greatly concerned that the nuances of our industry won’t be heard due to a lack of representation.

In addition, the ordinance’s compulsory break schedule, while effective for other domestic workers like house cleaners, gardeners, or chefs, is impossible to abide by for nannies who cannot be relieved during the day. That means that families would have to knowingly violate the ordinance and pay for an additional 10 minutes per required rest break missed. This would raise costs on families and likely lower wages for nannies to account for the change.

What does this mean for families?

It means that soon, we all may see new regulations and registration requirements that are not overall beneficial to families, placement agencies or nannies. The flexibility of negotiating our own contract, working within nanny shares, or bringing our own children to work may all be taken out of our hands.

The nanny industry in Seattle is unlike any other in the country due to our networking, care, and commitment to standards that nannies, placement agencies and parents have all worked tirelessly to establish.   Nannies, house managers, and household assistants have created this petition in an effort to show Seattle Mayor Jenny Durkan and Councilwoman Teresa Mosqueda that we are still organized and we have a voice that must be heard because the health of our industry and its workers is indispensable to the city of Seattle.

We ask that our peers, allies, employers, and those who help us all connect with each other sign the below petition (click the image to sign): 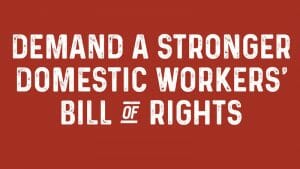 WE FEEL A CONNECTION!